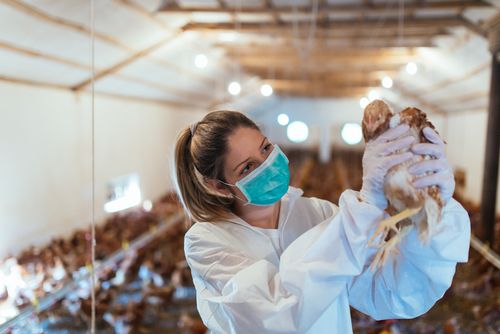 I.Water is Part of Your Bio-security Program

Water sources available to livestock have been identified as important biosecurity and agroterrorism concerns. Many foodborne pathogens can be spread throughout the flock via the drinking water. Protective measures need to be in place to reduce vulnerability for microbial infection.

The USDA is actively pursuing means of reducing foodborne pathogens at the processing level. Currently, more emphasis is being placed at reducing harmful bacteria at the grower’s level.

It is imperative that commercial poultry have access to a clean healthy water supply. Young rapidly growing birds often consume twice as much water as they do feed. Water not only serves as a nutrient, but it has other functions as well. Water softens the feed in the crop, serves as a carrier of feed moving through the digestive tract, and acts as an aid in several digestive processes. It is also a key component of blood and lymph that are vital for a healthy immune system.

Since water is such an important component to the bird’s bodily processes, it would make sense that the quality of the water should be just as important as the quantity. Drinking water should always be clean and free of microbial contaminants to ensure proper health and wellness.

Over a period of time, any water delivery system will be affected by material build up and contamination. Lime, calcium, manganese, and iron will form scale. Rust, dirt, and algae will attach to the inside of water lines. Water soluble additives used in poultry drinking water often contain sugar or sugar additives that can promote the growth of a biofilm inside the water line. It is the buildup of these materials on the inner surface of the service lines that will provide a place for microorganisms to take hold and multiply. Organic materials and additives will supply nutrients for microbial growth and will have a negative impact on medication and vaccines delivered through the water lines. Every time the bird consumes water, it will become exposed to an ever increasing microbial load. Other negative effects of microbial growth include poor feed conversion, downgrading of carcasses, increased mortality and increased condemnation. This will affect the profitability of the integrator and the farmer. Although flushing water lines between flocks is recommended, flushing cannot always remove the slime layer or biofilm of bacteria or algae.

All water has some degree of contamination or impurities. Most of these have absolutely no baring effect on poultry performance or degradation of equipment. The goal of this program is to limit the potential of biological contamination and reduce the effects of hardness minerals that can effect the equipment. There are 3 points of entry for contaminants.

1) Source Water: This can be community water, well water or surface water. Mineral scale such as calcium, magnesium, iron, or manganese will be found from the source water. These contaminants are discussed later in Section VI. The source water should be checked annually for microorganisms. If tested positive, continuous sanitation is highly recommended.

2) Chemical Injectors / Medicators : Most farms have medicators with 5 gallon buckets used as a solution tank. Most of these do not have a lid and are rarely cleaned. Insects and organic debris which have bacteria or viruses on them can fall into these containers. So when medicators are used, microorganisms are then pumped into the drinking water lines. These medicators need to be properly maintained and solution tanks need to be cleaned periodically and covered at ALL times.

3) Drinkers: Birds peck at fecal matter and eat insects. Microganisms then are transferred to the beak and eventually wind up on the drinkers themselves. The low pressure drinkers allow for partial backflow in which contaminants from the beak can enter the water system. This can not be prevented; it only can be managed. Sanitation during the growout can minimize this risk.

There are basically two classes of contaminants that will be of focus; organic and inorganic. Organic contaminates includes a wide range of possibilities but for this program it will be limited strictly to living organisms. This would include (but is not limited to) bacteria, viruses, algae, mold, mildew, slime, and biofilm. Bacteria and viruses are our greatest concern relating to biosecurity. It was once believed that bacteria were planktonic (free floating). We now know that the natural habitat of bacteria is found in biofilm.

Inorganic contaminants are naturally occurring from the source. Our concern for these are three fold; 1) Some minerals are a food source for bacteria; 2) Mineral scale can provide a habitat which can harbor bacteria safely from disinfectants/sanitizers; 3) Mineral scale can clog up waterlines creating pressure drops or creating stuck or leaking nipple drinkers. 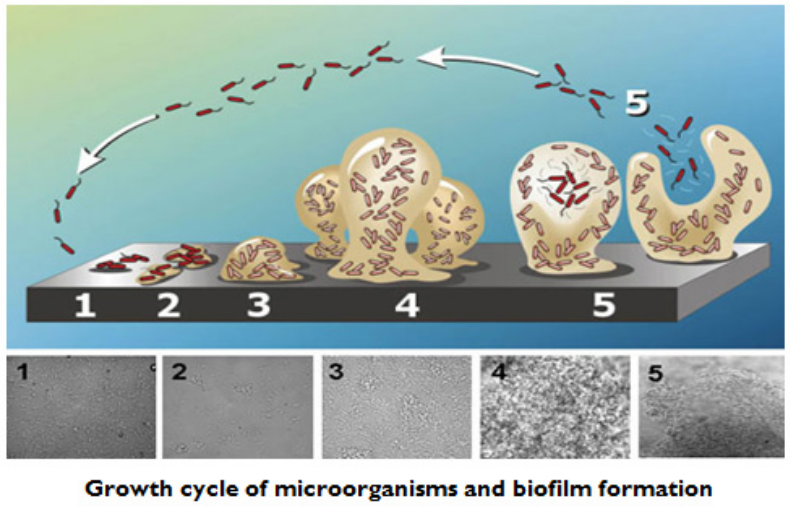 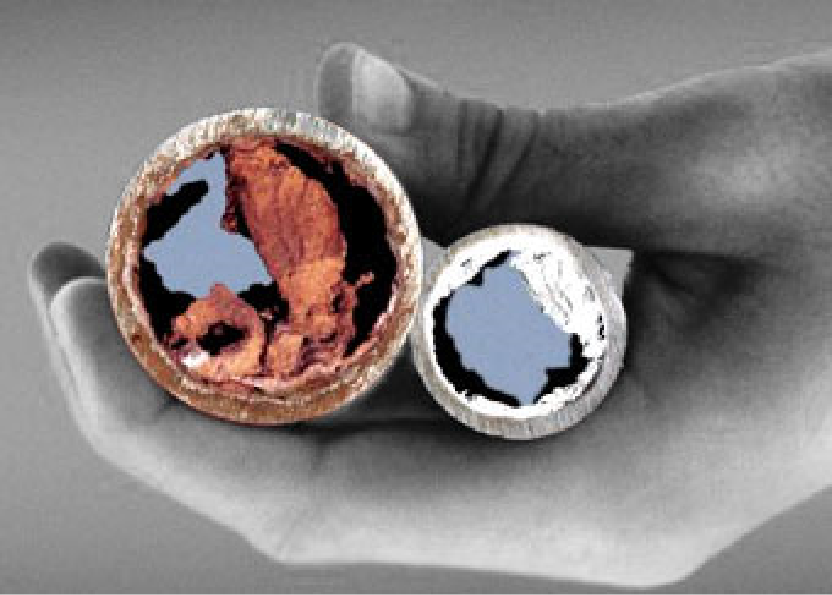 VI. What is Mineral Scale?

Hard water is usually associated with well water in regions where the rocks contain a large proportion of mineral salts of calcium and magnesium, principally as bicarbonates, chlorides, and sulfates, and sometimes iron and manganese. Hard water will also promote the formation of scale. Harder scale is comprised of iron and manganese. Soft scale is comprised mostly of calcium and magnesium.

There are several concerns with mineral scale. First, the economic impact to the grower is that it will clog plumbing, regulators, and restrict the flow of water to the nipple drinkers. Ignoring the problem can create the need to replace nipple drinkers periodically. Second, as far as Biosecurity, scale has a rough surface that contains pitting, cracks, and crevices which can harbor microorganisms. Finally, iron and manganese is a food source for many type of bacteria. This food source needs to be eliminated or at least reduced.

To remove the scale, we need to reduce the pH of the water by adding an acid to dissolve the mineral scale.

Are you ready for a Quote on your Project? Please fill out the following fields to request a quote, get more information or submit a testimonial..

Ionization is least expensive alternative for maintaining your pool or spa.

Ionization is chemical free and chlorine free. Intec offers many technologies that are healthier for your family and better for the environment.

Intec has been offering new and innovative technologies to market for over 45 years.