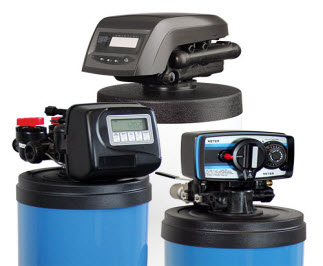 Clean water is not easily available in nature. Water undergoes several stages of treatment before it becomes a usable product. In nature, it is often found in a complex state, with several minerals. Many of these minerals alter the chemistry of water, thereby making it hard to use. The hard water minerals will also stick to your appliances, water storage and delivery equipment causing scaling, clogging of pipes, and affect flow rates in faucets and showerheads. Water softening and conditioning are two important forms of water treatment that help minimize the hardness of water and improve its usability. Water softeners treatment system and conditioners are often used in residential and commercial applications to address hard water issues mainly related to calcium and magnesium carbonate. These two technologies are very different in their approach when it comes to addressing the hard water issues. Any process of physically removing hardness minerals and replacing them with sodium or potassium ions is a softening method of treatment. Any process that reduces the effects of hardness minerals without removing them is a conditioning method of treatment.

Water Softener Systems Vs. Water Conditioning Systems – What is the Best for You?

Water softening and water conditioning have their own pros and cons. The following will help you understand it better.

Softeners will increase the sodium levels in the water and at times the sodium exchange can be excessive. Intec can consult with you on the ion exchange rate and offer options for drinking water if individuals are on a low sodium diet. Advantages are the water will have a “softer” feel and you will definitely see a difference in the soap’s suds while bathing. Individuals that are not used to soft water may complain of a slimy feel. Softeners are the very best at addressing hardness and are used heavily for residential and commercial applications where little tolerance of hardness minerals is required. The resin inside the tank of a softener has a long life which can exceed 10 years. The only maintenance is to make sure salt is always present in the brine tank and an occasional addition of a resin cleaner to the brine tank.

Other options to address hardness minerals include electrical or magnetic devices, nano-filtration, reverse osmosis, and de-ionization.

Intec offer many innovative options from traditional salt-based water softeners, conditioners, all-in-one filter/conditioners, and so on. Please contact Intec today to discuss which option may be best for you and your family.

Many water supplies contain hardness minerals (calcium and magnesium), iron, rust, and sediment. These minerals form a scale and create problems in water heaters, washing machines, dishwashers, coffee makers, humidifiers and plumbing systems. Nelsen water conditioners and drinking water systems are designed to reduce these unwanted contaminants providing your family with a refreshing difference, saving you money now and in the years ahead.